I wrote this for Stand With Dignity.

Stand With Dignity also produced a few videos in which I spoke about different topics. This is about my trip to Karbala and what Imam Hussain (as) means to me.

The World’s Largest Annual Pilgrimage: For Love of Hussain.

What Is the Road to Karbala?

It is a path of mourning for the wounds are deep and the arrows are plentiful that pierce the flesh of Hussain Ibn Ali and his companions on Ashura. On that day Yazid’s army controlled the battlefield. Hard to call it a battlefield, a massacre, really. What do you call 30,000 soldiers against the bravest 72 people who ever lived or ever will live?

“You will do this because we say!”

That is the cry of every authoritarian despot everywhere. Authority rules. Not truth. Not democracy. Not reason. Not love. Not compassion. The authoritarians use those words and make a mockery of them.  And they fool the masses. They fool the 30,000. But those who are aware know, the minority, the 72. They know.

“Falsehood can buy many supporters, but truth has only a few friends.”

But when I walked the road to Karbala in October 2018 I was surrounded by millions. Poor and wealthy alike from around the world, walking to make their visit to the man who opened our eyes to the meaning of justice, of truth, and of sacrifice. They walked mourning, weeping, for Hussain and his family, for their suffering, for their courage, for their commitment to Allah at all costs.

Hussain calls out today to everyone, to Muslims, to me a Christian:

“Hal Min Nasirin Yansurna. Is there anyone to help me?”

How can I say, “Labbayk Ya Hussain! Here I am Hussain!?”

Do I mean it? Do I mean it, really? Am I really here for Hussain when it means going against the grain, resisting the lies, challenging the powerful, seeking the truth, the real truth?

Honestly, more often than not I don’t really mean it. The cost is too great. I hedge my bet.

Labbayk Ya Hussain! Here I am Hussain! (As long as I don’t have to sacrifice too much).

Here I am Hussain! (As long as it doesn’t take away my comforts).

Here I am Hussain! (As long my life isn’t disrupted by the cry of the suffering).

Here I am Hussain! (As long as I can safely blend in with the crowd).

What is the road to Karbala?

It is the road, if we let it, to be a road of honesty.

I felt summoned by Hussain when I touched his shrine and I was assisted because I couldn’t quite reach it. A hand took my hand and put it against the grate amidst the surging crowd. It was a moment of unity. A Christian from America welcomed. Hussain is for everyone. I felt summoned by Hussain to seek what is true and just. I felt confident that I could. But following Hussain is not an easy road.

Two years have passed since I made the ziyarat to Imam Hussain (AS). The world has changed dramatically in these two years. It feels as if we are under a spell. Something is very, very wrong and we don’t seem to know what it is. We are being deceived by the powers of this world as Yazid’s army was deceived.

What is the road to Karbala?

That may be the hardest task of all—to hope for humanity when humanity is under attack. Perhaps that is what Hussain may be asking of us now. To keep hope alive.  Hussain wasn’t defeated at Karbala. He was victorious. Yazid won this world with its deceptions and corruption. Hussain won the world to come with freedom and truth for humanity under the compassionate, watchful eye of Allah.

This world to come is coming soon, inshallah.

John Shuck, a Christian pastor, attended Arbaeen in 2018 thanks to the sponsorship of the Husayniah Society of Seattle and Sister Zahra Abidi. John and his partner, Josh Townsley, made a film about the visit called “For Love of Hussain (AS)” available on YouTube. 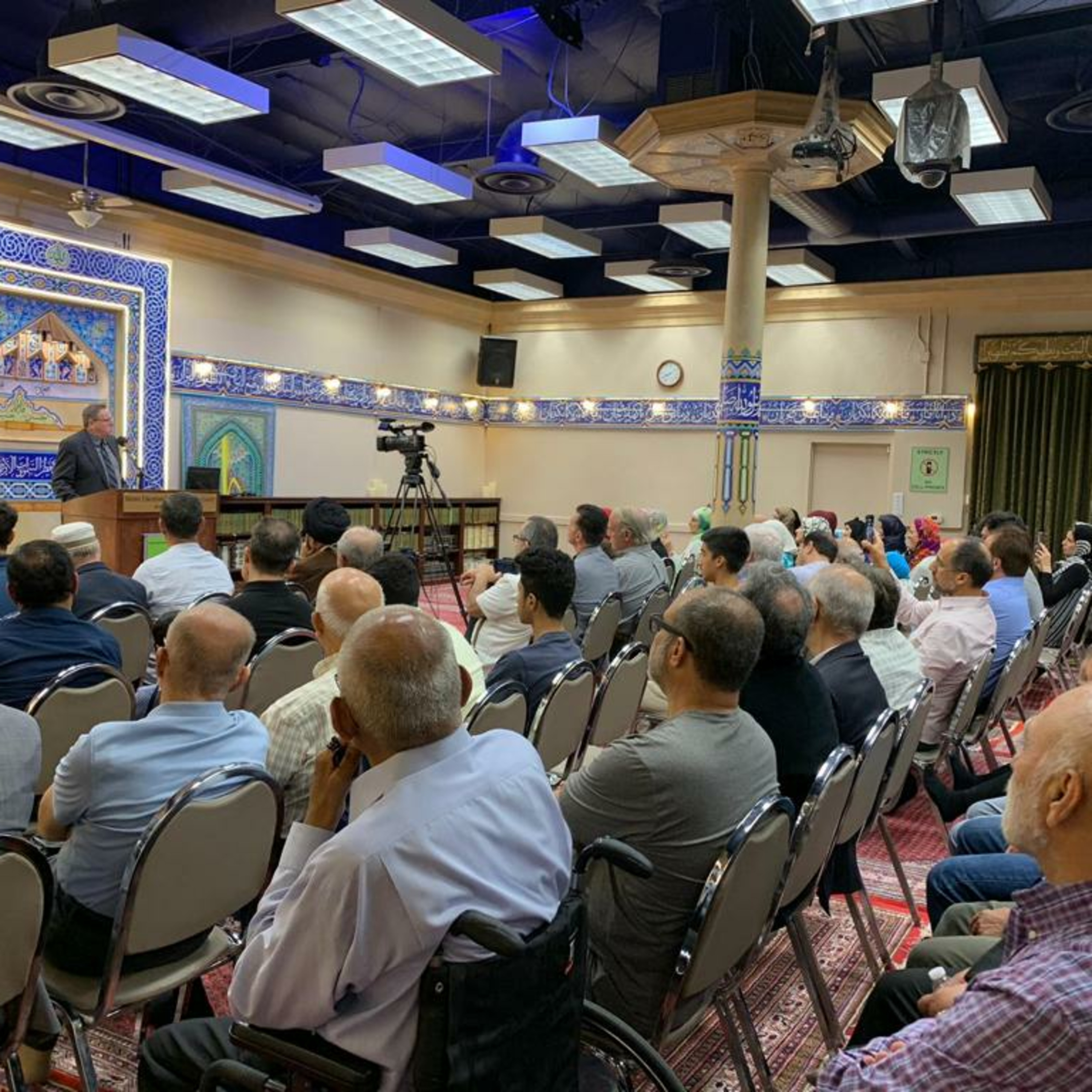 In this sermon, Rev. John Shuck calls on the church (ekklesia) to assemble as a physical gathering of people to seek truth, lay on hands, and heal. Text and video at www.johnshuck.com.