Syria and Covid: Refuting the Lies with Mark Taliano

I wrote this story for Earth Day, 2018 for worship. I also included it at the end of an interview I had with Norman Finkelstein about his book on Gaza around that same time. You can hear it in two places.

The Martyrdom of Gaza: A Conversation with Norman Finkelstein, April 30, 2018.

After the internet went down for the last and final time, the soldiers were ordered to burn the libraries. In some cases, special treasures were looted and preserved for payment, for trade, for status, and for hubris.

The books were all burned. Old 21st century and 20th century magazines, newspapers, pamphlets, were burned as well. Anything printed went up in flames. The orders to destroy were obeyed in every city, every village, every town. The soldiers burned every record of every written word. This didn’t happen without screams of protest, without death and violence. It didn’t matter.

There was no power for lights. No power for heat. No power for cool even in the oppressive heat of what was formerly the western United States, but there was power for the screens. The screens announced how nice it was that they were caring for their people, the best people, free people, good people, moral people, obedient people.

The screens rewarded these good, moral, free, obedient people with entertainments and the news of the realm. The screens announced when food distributions would occur and where to go for sterilizations and other medical procedures. And of course, the incessant reminders that the GPS implants kept everyone safe and how important it was never to attempt to remove them under any circumstance.

The GPS implants seemed extraneous since the free and obedient people rarely left the camp. Beyond the camp was desert. There were rumors that some managed to survive in secret villages, but the screens scoffed at the thought. Regularly the screens provided images of the soldiers defending the good people from the terrorists, those who tried to leave the camp. Usually around once per month the screens would show the soldiers rounding up some more terrorists either for execution or re-education.

Memories are hard to trust. They get confused and mixed with other memories. Papa’s memories were so different from what the screens proclaimed, that Maya struggled to know what was true. She loved her Papa and she knew that as much as the screens tried to assure her that they had her best interests in mind, that they were keeping her safe, that they were protecting her against the terrorists, that they were providing her food and medicine and a cot, and that they were filling her mind with good things, Papa told a different story.

Papa told her about pelicans and penguins and polar bears. It was “animals that begin with the letter P day. “

“All extinct,” said Papa. “There was not enough room for them on Earth. They were in the way.”

The screens never talked about these animals or any animals. The screens mocked and ridiculed anyone who was accused of telling stories about animals as crazy conspiracy theorists. Papa was careful. Outwardly, he obeyed the screens and told Maya to do the same, but between the two of them, he told her about everything he could remember. He told her about trees and grass and gardens, about rain you could play in, and sunshine that didn’t burn. Once he told her a story about shepherds and sheep. She hadn’t heard of either.

I am the good shepherd. The good shepherd gives his life for his sheep. A hired hand, who isn’t a shepherd and doesn’t own the sheep, would see the wolf coming and run off, abandoning the sheep; then the wolf could attack the sheep and scatter them. He would run off because he’s a hired hand and the sheep don’t matter to him. I am the good shepherd. I know my sheep and my sheep know me, just as God knows me and I know God, and I give my life for my sheep. Yet I have sheep from another fold, and I must lead them too, they’ll recognize my voice, and there’ll be one flock, one shepherd.

“Are the screens the good shepherd, Papa?” Maya asked. Papa started to laugh, then saw that she was serious. Her eyes large, brown, innocent, yet demanding an answer.

“You have to decide yourself, Maya. You have to listen for the voice that tells the truth,” said Papa.

“But how do I know which voice is telling the truth,” Maya asked.

“Listen to the voice who knows you and loves you,” said Papa. Papa gathered Maya into his arms.

“Let me tell you a story,” he said. “Before the oil wars ended the oil companies and the weapons makers knew that burning oil and coal was going to cause irreparable harm to Earth for centuries to come. Animals would go extinct. Sea levels would rise flooding cities along the coast. Weather patterns would change. People would be forced to move; tensions would rise; more war would result. But the companies bought the screens. They used the screens to say that wasn’t true.”

‘We will not be alive in a hundred years, or even forty years. Who knows what can happen? We need the oil now. We need to fight the terrorists.’

Maya asked, “Were they all bad? All the people?”

“The screens are like the hired hands aren’t they Papa?” asked Maya.

This time Papa did laugh. “Stories can mean many things,” said Papa. “What is important is that they get you to think and use your brain,” he said, tapping her on her forehead.

“What happens now, Papa? There are no books. The screens tell us everything. “

Not everything, Maya. You still have your Papa. Even when Papa is gone, you have the stories and the memories I gave you. There are others who have them, too. Don’t let the memories die. Earth is older than the oil companies and the weapons-makers and the screens. Screens are not all-powerful. They even lie about that,” said Papa as he looked out their window at the large screen on the building across the street. Papa continued:

“When will the good shepherd come and tell us the truth?” asked Maya.

Papa laughed and picked her up and took her the window where she could see her reflection, hers and her Papa’s.

She is already here. 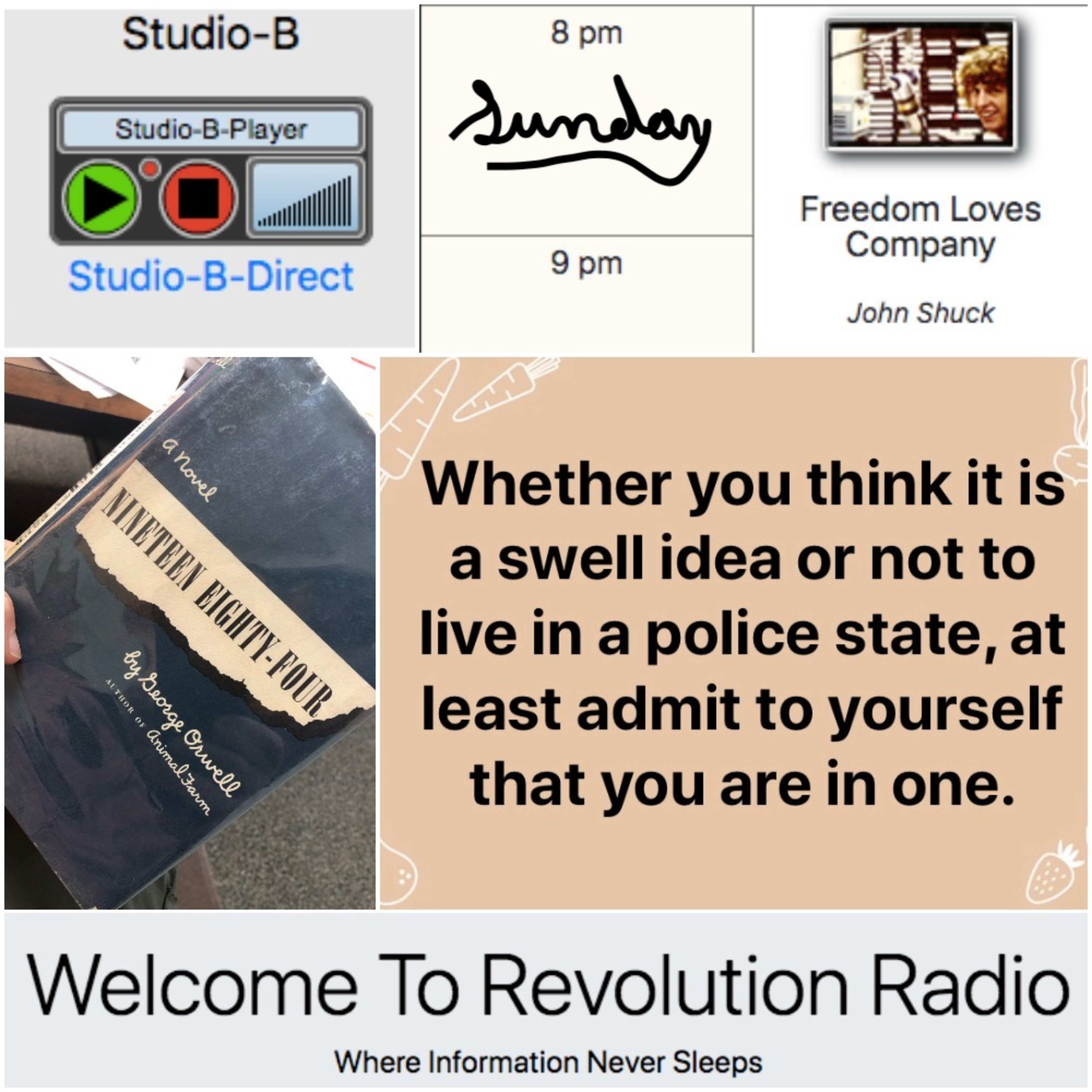 On my new LIVE show, Freedom Loves Company (Revolution.radio Studio B, 8-10 pm Eastern, Sundays), I tell my Covid story through sharing essays I had written when the government lockdowns, restrictions, impositions, and hysteria had just begun. How has my mind changed since those early weeks? This is a great audio podcast to hear and share to recount how this PSYOP began with comment on what I think today. Essays include…

Syria and Covid: Refuting the Lies with Mark Taliano

Was COVID a US Deep State Bio Attack on China and Iran? A Conversation with Kevin Barrett