The Manufactured Pandemic: A Conversation with Annie Bukacek

In Search of the Historical Covid

My Facebook account was disabled on April 3rd, Holy Saturday. After 13 years, 5,000 friends, and over 7,000 followers, they pulled the plug on me. The excuse is that I violated “community standards.”

I don’t think Zuck liked my most recent post about the number of deaths and injuries caused by this bioweapon. I am entertaining the thought that the COVID Operation is a biological attack in addition to being a psychological attack. I think this “virus” is real in that there are biological agents that have been released purposely and are causing illness and for the most vulnerable, death. I also think these so-called “vaccines” make up the centerpiece of this biological attack. These vaccines also are bioweapons and likely far more damaging than the so-called “virus” itself. According to Dr. Judy Mikovits, these experimental jabs could kill 50 million Americans. Dr. Sherri Tenpenny not only agrees with that figure but adds that many injured by the injections would wish they were dead. Of course, you won’t hear from these doctors in the mainstream news.

I shouldn’t be so harsh on my fellow humans. This is in the end, a spiritual attack. Satan is a smart fella. Smarter than 95% of evangelical leaders who say they will get the injection and 89% of them will instruct their parishioners to do the same. Not in that number is one of the last true Christian pastors, Dr. Chuck Baldwin, who calls this COVID scam “the most evil hoax ever perpetrated on the human race.”

I stand proudly with Pastor Baldwin. As he points out, this is the Tribulation, the rise of the antichrist, and humanity is under a cloud of massive deception. Pastor Baldwin writes:

The devilish powers that manufactured the phony Covid pandemic used fear and intimidation to coerce people—especially Christian people—to accept mandatory mask-wearing as a precursor to coercing them into accepting the Orwellian (or should I say antichrist) vaccine passports.

As I have said repeatedly, I will say again: The entire Covid narrative—including mandatory masks, social distancing, forced lockdowns and now vaccines and vaccine passports—is a totalitarian tool of the spirit of antichrist as a launching pad for global enslavement. The entire Covid narrative mirrors to a T the warnings of John the Revelator regarding the identifying marks of antichrist.

If the demonic powers promoting this narrative are allowed to have their way, we will not be able to work, travel, buy or sell without a vaccine passport. Even a Bible-reading fifth grader can understand the antichrist nature of such tyranny. So, why can’t evangelical pastors?

He goes on to answer his own question regarding the Mark of the Beast. The problem is the phony belief in the “Rapture” coupled with Christian Zionism.

But the fact of the matter is that the evangelical church has been lying down and tolerating almost every imaginable evil for the past half century or longer. Why? Largely because of the false “Rapture” doctrine of Darby and Scofield. And the false Rapture doctrine is predicated upon their false doctrines of Zionism.

In my series of five messages (on one DVD) entitled The Rise Of The Beast: Coronavirus And Antichrist, there is a message entitled The Scofield Rapture: A False Escape From The Beast. I urge readers to watch it.

Acceptance of Scofield’s fallacious Rapture theory has tranquilized the thinking and sedated the spirit of evangelicals. It has convinced them that any act resembling the spirit of antichrist—no matter how vile—must not be real, because they have not been “raptured” to heaven yet. They have been brainwashed into believing that all things antichrist must always be future; that they will only occur during a future Israel-based “tribulation.”

As a result of this strong devilish deception, the evangelical church has lost its saltiness (Matthew 5:13); and evangelical pastors and so-called Christian leaders by the tens of thousands have become vassals of the kingdom of antichrist.

My denomination, the Presbyterian Church (USA), has fallen in lockstep with the Covidian Cult. Recently, my presbytery encouraged pastors to take pictures of themselves “getting the jab” and to post the photos on social media so their parishioners will comply. Most of the churches in my denomination have not even met in person in over a year. In a document about “reopening” this guideline was offered:

Keeping a log of every person who enters our facilities, when they were there, and where they sit. The log should include names and contact numbers.  The article suggests labeling pews and assigning seats or table numbers.  The log should be maintained for at least three weeks.

Having an individual or staff person identified to maintain registration logs. This person may be the logical choice to be the point of contact with local health authorities.

Seriously? Report all worshipers to the government. Thankfully, I attend worship at a church with no masks, no distancing, no vaccine pushing, and no fearful nonsense. I have been attending regularly for about ten months and I have found it to be the most important thing I do each week for my spiritual, emotional, and physical health.

I used to think Satan was a mythological figure and that the Book of Revelation had already come to pass symbolically in the first century. I no longer think that way. The Tribulation that Revelation and the Gospels reveal is real and is just beginning.

The persecution has already begun with truth-telling doctors, journalists, scholars, and other courageous writers being censored, de-platformed, banned, ridiculed, “disabled”, and slandered. It will get worse before it gets better.

The Good News is that it will get better. Christ is Risen. Christ will not be mocked. Christ will bring home his own.

Ronnie Cummins and the Truth About COVID 19 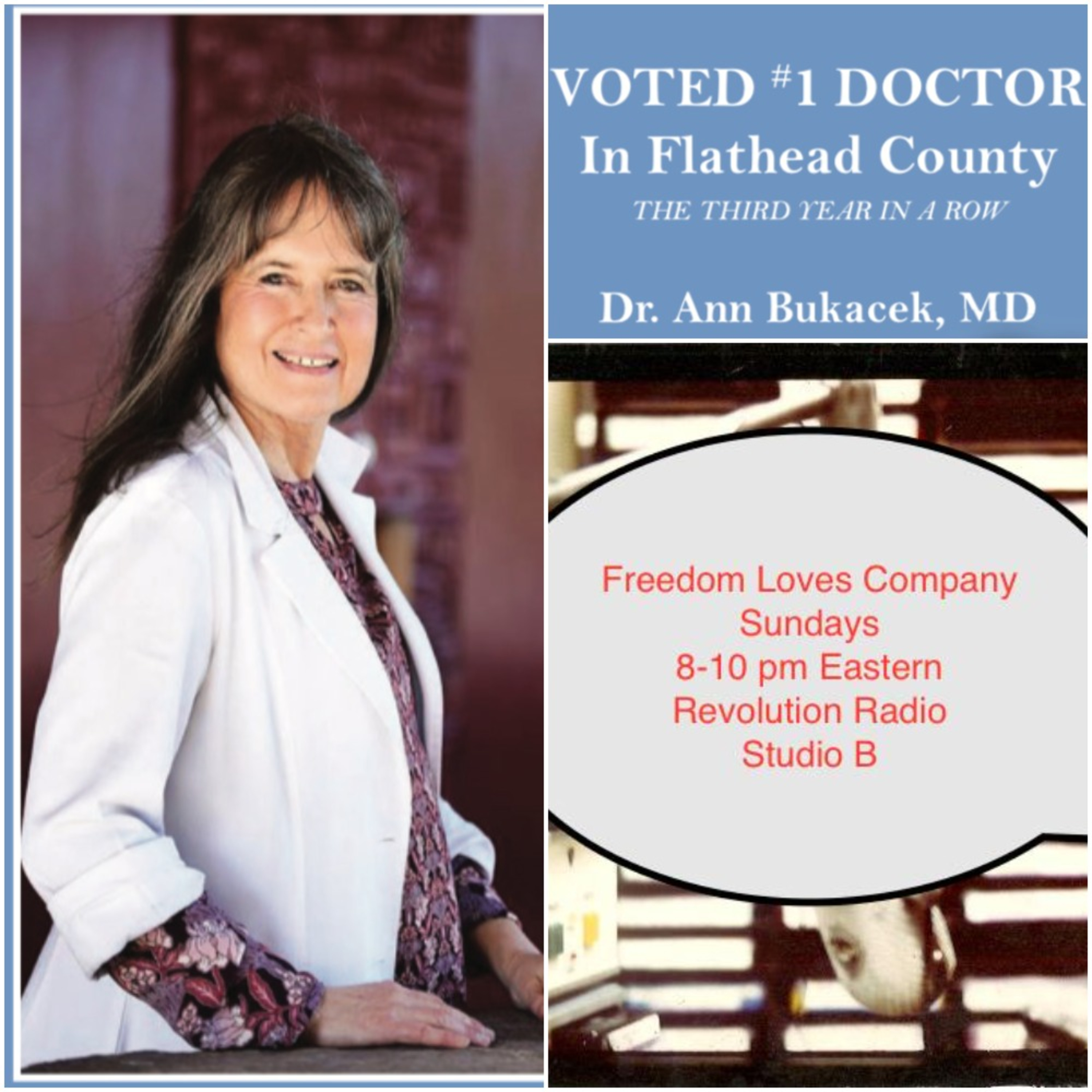 In this special two-hour conversation with Dr. Annie Bukacek of Kalispell, Montana, we discuss PCR tests, death certificates, the actual lethality of the “novel coronavirus”, the injections, and the big picture. Links and show notes at JohnShuck.com or ProgressiveSpirit.net.

The Manufactured Pandemic: A Conversation with Annie Bukacek

In Search of the Historical Covid

the Afghan Debacle After Twenty Years: A Conversation with Lucy Morgan Edwards